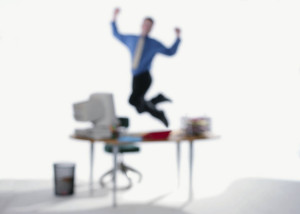 For many years job hopping has been the kiss of death for job hoppers.  No employer wants to take the chance of hiring someone who doesn’t stay because of the cost of hiring and training employees.  But that was back in the day thinking.  Today’s position is different.  Some companies don’t mind the job hopping candidate.  They can see the benefits of an employee with varied experience and has seen how other companies do things.

It may seem strange to think about it, but the reality is that people no longer work at one job from graduation to retirement.  If you are older than 25, you can think of many reasons such as:

Well the above is true if the job hopper is changing jobs after less than 2 years or out of boredom.  Or if the jobs one takes on a variety of jobs in different industries and sectors.

However the idea of job hopping being beneficial for a career has some intriguing ideas.  Here are some of the ideas:

The thought of job hopping has to be planned and executed according to the plan.  However, there are things that one just can’t control, such as, when you become a job hopper because you have been laid off many times.  My next post will talk about unplanned job hopping.