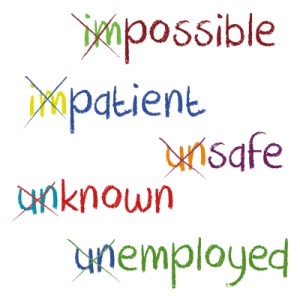 My last blog talked about changes you need to make for a successful job search 2014.  Today, I want to share with you what happened when a client of mine stepped out of his comfort zone.

I have a client that I will call John.  John had been employed by the same employer for about 25 years; most of his career.  There were signs that things would be changing soon, but not being familiar with the signs, John was blindsided when he was laid off.   John hadn’t been in a job search in a long time; his job search skills were outdated.

What John thought of as a job search had evolved from a single typewritten resume to a résumé created on a computer that can be tweaked for every position.  Comfort zone change number 1.

John knew and understood the saying, “it isn’t what you know, but whom you know.”  But finding and maintaining his network had changed.  Out went the Rolodex and in came LinkedIn.  Comfort zone change number 2.

When John got his job, people would scour the Sunday newspaper classified ads for job openings.  The newspapers now work in conjunction with a career sites like CareerBuilder and Monster.  Comfort zone change number 3.

John adapted to the job search changes by stepping out of his comfort zone.  He was on a roll until he came to a situation that was both familiar and unfamiliar at the same time.   One of the professional association meetings he had attended for years was holding its’ annual meeting.  However, each time he attended in the past, his company paid for his attendance.  He realized that going to this event was vital to his job search, but the price was prohibitive.

John stepped out of his comfort zone and contacted the association.  He explained his situation and his desire to attend not knowing if they would care or be able to help him.  The association allowed him to attend for one day that featured the vendors’ displays as well as the meetings.  In return, he volunteered to take photographs of the event.  Comfort zone change number 4.

As he was preparing to leave for the day, he was invited to attend the banquet even though he hadn’t registered or in any way planned to attend.  But at the urging of board members, he accepted.  While at the event, he was in the perfect place to see and talk to people who could help him.  As a photographer for the dinner, he was able to take photographs of people he wanted to connect with.  He offered to send a copy of the photograph to each person in it.  He needed their names and contact info.  What a fabulous opportunity to connect with people who could open doors for him.  And he did.  Comfort zone change number 5.

He was able to connect with someone who was the head of the department of a company John wanted to work for.  After chatting and sharing the picture, John was notified by the man of an opportunity and information about how and when to apply.  The result of his candidacy is unknown as applications are still being accepted.

The moral of this story is John had to be urged, and urged to step out of his comfort zone and contact the association with an explanation of his situation.  He was lucky, they allowed him access.  He didn’t think they would.  Letting go of assumptions and taking bold moves will get you closer to a job than waiting for the Sunday classified ads.