What do you do when you need to renew your professional association memberships while you are unemployed? The expensive membership costs covered by your former 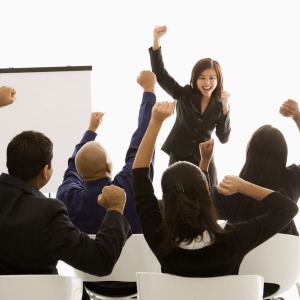 employer that benefitted both of you is now your responsibility. But because you are unemployed, the dues and fees are the sources of financial questions. Let me tell you about a client that handled this issue quite successfully.

My client was a member of several professional associations, and the costs were picked up by his employer.  He attended the conferences and conventions also paid for by his employer.  The arrangement worked great for over ten years.  He attended all the events sponsored by the organizations; learned new things and brought back the information back to the company.  The company benefitted when my client used the knowledge gained at these events to improve his work performance.

Then my client got laid off.  The company no longer paid the dues and fees.  Now he was in a catch 22 situation.  He needed to attend the events in order to network but couldn’t afford the costs.  The real kicker came when it was time for the annual convention, and he would not be able to attend because of the high costs.  He needed to attend and network with people in his industry that could be of help to him.  Yes, he was connected to some on LinkedIn, but not everyone was on LinkedIn.

After thinking about it for a few weeks, he emailed the membership coordinator with the details of his situation.  He asked if it would be possible to attend for only one day.  The cost would be lower, and no overnight stay at an expensive hotel.  He had nothing to lose.  The worse they could say was no. The membership coordinator agreed to allow him to attend on the day the vendors attend.  Perfect!  Vendors make great contacts, as they know what is going on in competitor’s companies.

So my client attended and brought his professional camera equipment. He offered to take pictures of the event and give them to the association in return for his attendance. He had a great day meeting and talked to many people.  He made contacts with new people and he was leaving and thanking the membership coordinator, someone asked if he were attending the banquet.  He answered no, but the membership coordinator said that it would be great if he joined them.  So he did.

Having his camera handy was the best decision he made.  During the banquet, he took pictures of people to share with the association.  He used this opportunity to photograph people he would never have been in contact with because of the level.  It was an excellent way to get their names, companies and meet them.  Follow up was easy because he was able to send them the pictures he took.  Everyone likes to receive pictures of them.  It was the perfect way to meet some important people.

By just asking his various professional associations, he received both good and bad news. The good news was he attended an important conference for one day free, and another group allowed him to renew his membership at a much lower student rate with the same benefits.

Don’t be afraid to approach the membership coordinators with an explanation of your situation.  People are far more generous than you ever imagined.  Some associations will make allowances on a case by case basis; others have set protocols in place to handle these issues.  All you have to do is ask.  The worse they can say is no.  Best case is they give you what you want.  However, you have to step out of your comfort zone to ask because they cannot read your mind.