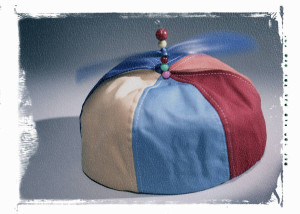 The people in this blog are real, and their stories are true.  Both were unemployed for longer than they wanted to be.  They both put their thinking caps on and came up with a solution to their job search dilemma.

Rocky was working the computer field when his job was sent over to India.  The company wasn’t using the most up to date technologies so when Rocky was let go he had over 15 years of experience old technology.

When he realized that his skills weren’t in demand today, he took courses in languages currently in use.  It wasn’t easy to go back to school after all these years, but both he and his wife were unemployed and supporting two teenagers.  Rocky succeeded in learning new languages but didn’t have experience using the new skills.

He applied to every job he found online but without success.  Finally, he took his local phone book and went through the yellow pages and looked at every entry.  He selected companies that could use the skills he had.  Rocky created a cold call letter and resume that he sent to his selected companies.  Although he didn’t get many calls, he did get the ONE he needed.

One company called him for an interview.  There wasn’t a job for Rocky at the time, but after talking to the head of the company about what had to offer the company, one was created for him.  He is still working there a year later.

Eve is a draftsman with CAD experience.  Eve has worked in the drafting field for over 25 years and had been laid off periodically.  It seems she was hired without benefits, but they would be given to her after a few years.  Just as she reached the benefit stage, Eve would be laid off.  However, she was always able to get another job quickly.

This time was different.  Instead of getting a job quickly, Eve was out of work for about a year.  With her unemployment benefits running out, she had to take a bold step.  She sent an email to EVERYONE in her contact list explaining that she was out of work; needed a job soon; and listed her qualifications.  The emails went out in batches of a limited number of contacts.  The reason was that she wanted to keep the number of replies manageable.

Eve sent out her emails and received replies that ranged from didn’t know anything to will keep you in mind.  There wasn’t one person on her contact list that could offer her a job.  But one of her contacts had a neighbor who could.  Eve met with the neighbor’s contact and was offered a job.  It’s been two years, and she is working at that company.

There is plenty of advice on how to get a job, but sometimes you have to use your head and come up with unique ways to get a job.  Rocky and Eve did the unexpected to get a job.  They didn’t have a gorilla deliver a singing resume or anything crazy.  They used resources that everyone has available to them and took the time to create a cold call message.  What ways can you think of to get a job?