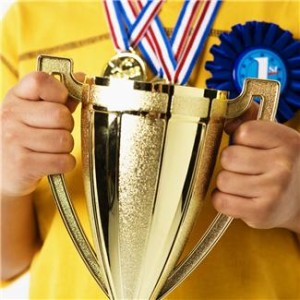 In the job search there is only one winner. Are you ready to win?

It’s that time again.  Every four years athletes from around the world gather to compete to be the fastest, highest and strongest at the Winter Olympics.  Much like job searchers compete to be the most qualified candidate.

The Olympic athletes are equally matched the same as the job candidates are qualified.  The winners are determined by fractions of sections and inches.  So how is it possible to have an edge of the other competitors?  The athlete and job searcher that can focus, block out distractions, and stay calm, in addition to the needed skills will win.

Have you ever seen a world class athlete before their event?  If you have, you might have seen them with their eyes closed and head moving.  What they’re doing is not some weird superstitious ritual before competing.  They are performing their competition in their head.

Every movement their body will make is pictured along with any feeling they have to go along with the action.  Included will be any sounds they will hear, smells in the venue, and the feel of their clothing on their skin.  This valuable exercise is as valuable to them as the time they spend practicing.  They will do this several times during the day.  It is a way of practicing without being at the venue.  It can be done anywhere at any time.  They can practice while waiting for something, taking a plane to a competition, or just sitting at home.

The practice was common in the Eastern bloc countries during the 60’s and 70’s.  Soon American athletes starting using it a little after.  Some famous athletes who used guided imagery for success are Michael Phelps, Lindsey Vonn, Arthur Ashe, Jack Nicklaus, Carl Yastrzemski, and Michael Jordan.  This is a very short list as there are many more.

What they are doing is called guided imagery.   If you imagine you are doing something and you include all five senses, sight, hearing, touch, smell and taste, your subconscious can’t tell the difference between reality and imagination.  Guided imagery misleads your autonomic system into believing that what you are doing is real.   As a result of this trickery, you achieve the expected benefit.

Guided imagery has many uses including relaxation, stopping habits, performance enhancement and for improving health by relieving pain and rapid healing.  Research shows that guided imagery can decrease/manage stress, increase your confidence and self-esteem.

In order to win, athletes and job searchers need to be ready for their event.  They need to be relaxed, focused and skilled.  Guided imagery prepares both to be the winner.  And unlike the Olympic athletes, there is no prize for the second place finisher.

How can I help you be successful in your job search?